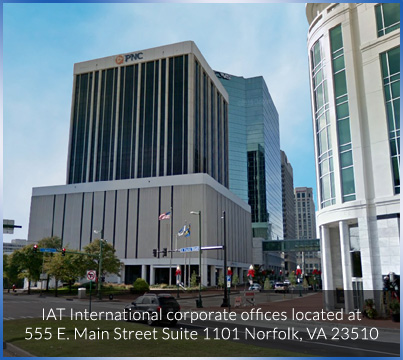 IAT International, Inc. was founded in 1985 in Norfolk, Virginia by Avraham Ashkenazi. The head office is located in the financial district of downtown Norfolk. The company also maintains offices in Israel and the Czech Republic with Mr. Ashkenazi dividing his time between these locations.

IAT has created a consortium for building and maintenance of railroad track in Israel which includes a number of European and Israeli companies with Mr. Ashkenazi heading the coordination between the companies. In addition, IAT associations include a partnership for installation and maintenance of railroad highway-crossing computerized equipment and wayside equipment.